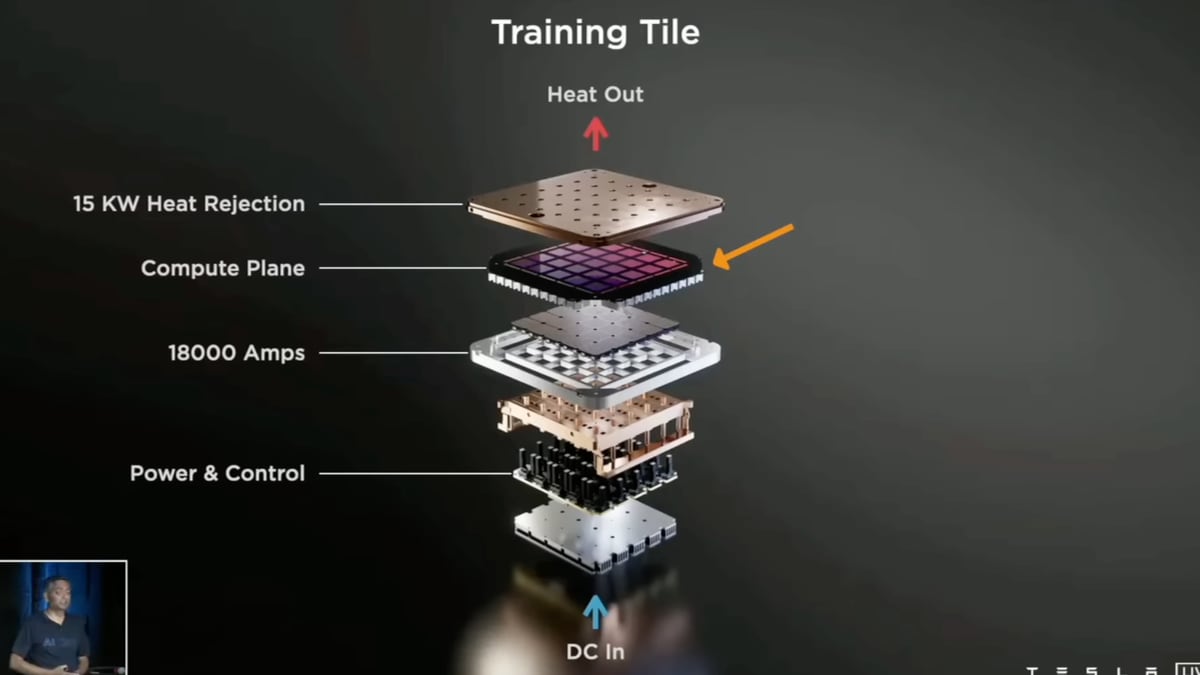 Tesla attended Hot Chips 34 and shared a ton of mind-blowing information about its Dojo supercomputer and chip architecture.

The details shared about Dojo in Hot Chips 34 by Tesla’s Emil Talpes, who worked at AMD for about 17 years for Opteron processors, relate only to the hardware and capabilities of the tiles and Dojo as a whole. Performance will be discussed at Tesla’s AI Day II on September 30.

The goal with Dojo is, according to Musk, “to be really good at video training. We have probably the fourth or almost the third most powerful computer center in the world for AI training. Our first goal with Dojo is to make it competitive and be more efficient and train neural networks than a whole bunch of GPUs.

Since Tesla needs a lot of computing power to process video data from vehicles in its fleet, it built a proprietary system-on-wafer solution. According ServeTheHouse“Each D1 die is integrated on a slab of 25 dies at 15kW. In addition to the 25 D1 dies, there are also 40 smaller I/O dies.

All power and cooling is integrated directly on the training tile, which is capable of 10 TB/s in-tile bisection bandwidth and 36 TB/s aggregate off-tile bandwidth. This architecture allows tiles to scale with 9 TB/s links between them. They can also be plugged in and do not require their own server.

“The overriding goal of our application is scalability,” Talpes said at the end of the presentation. “We’ve downplayed several mechanisms that you find in typical CPUs, like coherency, virtual memory, and global search directories, simply because those mechanisms don’t scale very well when we go to a very large system. Instead, we relied on very fast, highly distributed SRAM storage throughout the mesh. And that’s backed by an order of magnitude faster interconnect speed than you find in a typical distributed system.

The inside look at what Tesla is building behind the scenes continues to prove how and why Tesla is at the forefront of artificial intelligence and neural network training. It gives the Tesla community an added sense of comfort knowing that Tesla will always have the scalability and innovative technology at the forefront of everything the automotive company does. 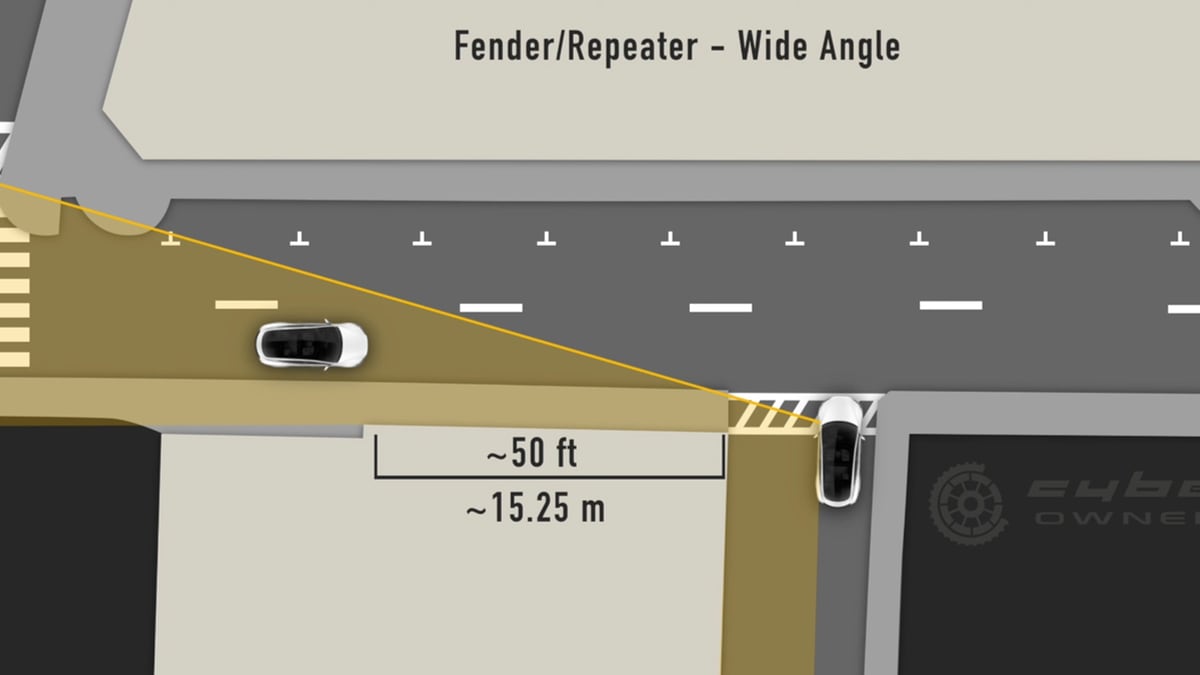 Tesla continues to roll out Full Self Driving and has also increased the cost of FSD. The system has traveled millions of miles and is constantly improving as Elon Musk continues his quest to make driving safer, prevent injuries and save lives. However, there are still many skeptics about the program which has the potential to revolutionize transportation as we know it.

Some of Tesla’s most prominent supporters are its harshest critics, but Musk said at Tesla’s August shareholder meeting that he welcomes honest assessments. The YouTube channel for CyberOwners has a truthful and well-explained rating. CyberOwners’ Mike Hoffman clearly demonstrates and explains one of the most significant issues with Tesla’s ability to see its surroundings and navigate safely. The blind corner.

We have all encountered these situations while driving. Something is obstructing our view, and we have to lean on the steering wheel while moving slowly to see if it’s safe to continue. As Hoffman shows, the current camera setup has a large area that it cannot detect. But there are solutions, some that would cost a lot of money and some that could be a simple camera swap.

Hoffman thinks Tesla may already be testing a new camera repeatedly. The repeater camera, more commonly known as the blind spot camera, is located on the front fenders. These cameras capture video from the side and rear of the vehicle. But Hoffman noticed something different in a video posted by Ashok Elluswamy (below), director of Tesla’s Autopilot program.

It seems that the program collects repetitive camera data that is further ahead than the current camera view. There is also speculation that the video shown by Elluswamy is from the B-pillar, the one between the front and rear doors. Hoffman says the camera sees much farther and is convinced a new repeater camera is being used.

Alternative solutions to this blind spot dilemma include adding cameras to the front bumper and fog lights or moving the camera from the B-pillar to the side mirror housing. However, this would require new cameras and new cabling, which would mean that the computer would have to analyze more video feeds. This action would represent a considerable cost for Tesla, and Hoffman believes that a camera swap is much more likely.

Hoffman may be right. It wouldn’t be the first time Tesla changed the repeater’s camera. When a software update in 2021 included the blind spot feature, some users found that the repeater camera had reflections and wasn’t much help. Tesla changed these cameras for free.

Most Tesla cameras are designed to be quickly interchangeable. Repeater cameras and B-pillar cameras can be replaced in less than five minutes. That said, this change would require Tesla to potentially swap out millions of cameras. Not a cheap solution, but perhaps the best way to improve another aspect of a state-of-the-art system. 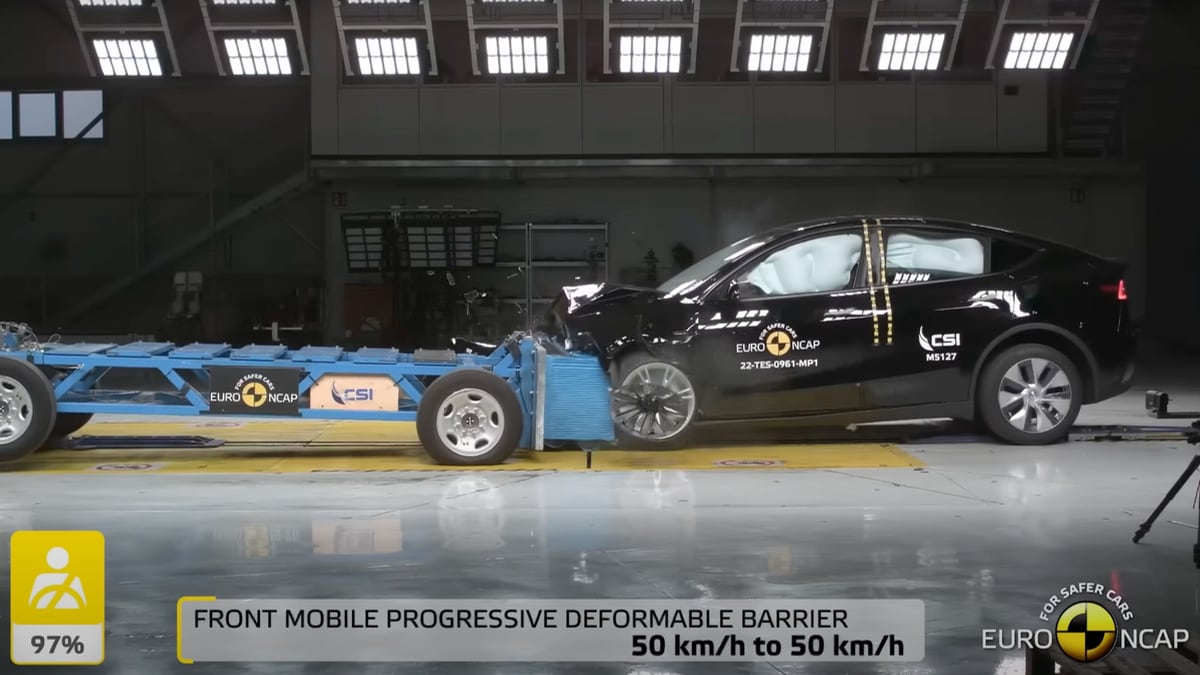 Tesla continues to prove that it makes the safest cars on the road, with the Model Y receiving the highest safety rating from Euro NCAP and Australia’s ANCAP.

Australasian New Car Assessment Program (ANCAP) is the latest car safety agency to give Tesla’s Model Y a top safety score. The Model Y just arrived in Australia a few months ago, although it has been a popular vehicle in the US market for a few years now.

ANCAP released its five-star safety rating for the Model Y. Tesla performed well in all categories, but excelled in adult occupant protection and safety assistance.

The Model Y scored near perfect in the Adult Occupant Protection category, with an outstanding score of 97%. Highest score of all vehicles tested in this protocol. The Adult Occupant Protection category score is determined by a series of frontal, side and rear crash tests. Additionally, the score includes several other safety factors such as rescue, extrication, and post-crash safety.

Tesla will continue to iterate on vehicle design and software to achieve even better safety scores in the future.

We’ve made it even better since

However, there are always areas for improvement. Some of the categories that Tesla can improve include child occupant protection and vulnerable road user protection.

For child occupant protection, the Model Y lost a few safety score points because it does not support all types of child seats:

Another category where the Model Y underperformed was in protecting vulnerable road users. ANCAP found that if the car hit a pedestrian, it would struggle with the base of the windshield:

“The Tesla Model Y hood provided GOOD or FAIR protection to the head of an impacted pedestrian over most of its surface, with WEAK and POOR results recorded at the base of the windshield and on the rigid pillars of the windshield.”

Despite these criticisms, ANCAP was impressed with Tesla’s autonomous emergency braking system to protect road users:

“The Autonomous Emergency Braking (AEB) system is able to detect and react to pedestrians and cyclists. The AEB system showed GOOD performance in pedestrian test scenarios both in daylight and by low light, with collisions avoided or mitigated in most scenarios, including cornering and some reverse (AEB Backover) scenarios In cycling test scenarios, the AEB system performed GOOD with maximum points marked.”

The agency was also impressed with Tesla’s autonomous driving assistance system to prevent/mitigate collisions with other vehicles:

“Tests of the AEB (Car-to-Car) system showed GOOD performance with collisions avoided or mitigated in all scenarios, including AEB Junction Assist where the test vehicle can autonomously brake to avoid crashes. collisions when it crosses the path of an oncoming vehicle.”

The Model Y received a score of 98% in the Euro NCAP Safety Assist category. That’s thanks to Tesla Vision, the camera vision and neural network processing system that’s standard in all Tesla vehicles in North America and Europe. With the 2022.24 update, Tesla also began transitioning some of its older radar vehicles to Tesla Vision.

Teslas are so safe because Tesla is constantly innovating and iterating on its vehicle designs.

Tesla recently added a far-side airbag to prevent front occupants from colliding with each other.