ROBOTS could one day overthrow humans in an “apocalyptic” takeover, a tech expert has predicted.

Aidan Meller, the creator of the Ai-Da robot, believes that within three years, artificial intelligence (AI) could overtake humanity, according to The Daily Star.

He also supports Elon Musk’s belief that advances in AI could have more impact on humanity than nuclear war.

“I agree with Elon Musk that AI is a bigger threat than nuclear war – but that could also be remarkable too,” he said.

“There is every right to feel nervous about the rise of AI,” he added.

“We are rushing towards them to take over humans, so we have to have a heart of ethics.” 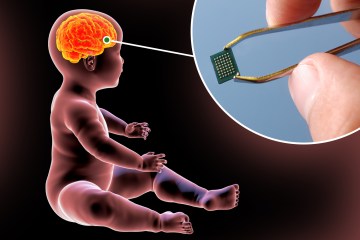 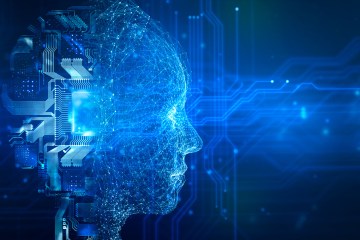 Meller explained that there is cause for concern because it is a changing world in which humans merge with machines.

Aidan said, “AI is going to show a mirror to the dark side of being human.”

“Technology isn’t good or bad, it’s how we use it. This exhibition will show how it came about and where we want to go.”

The bot draws and paints using cameras in its eyes, AI algorithms and robotic arms.

It is called Ai-Da in honor of Ada Lovelace, the famous English mathematician of the 18th century.

Although not human, Ai-Da’s work has been praised for its detail, and an Art Review reporter even called it “pretty warm.”

The humanoid robot creates his paintings using AI algorithms and cameras in his eyes that monitor his masterpieces.

“We have important international news on Ai-Da coming in October and November – deep innovations to make it more human,” he added. “She’s not conscious, but she’s a machine you can interact with.”

“This project is about raising questions and challenging ethics. The tipping point will be 2025 and by the end of next year we will all be in the metaverse.”